A Wide Range of Wi-Fi Modules for Each Interface

Wi-Fi radio modules are offered in a large number of different versions. One of the most important selection criteria are the interfaces, which often depend on the type of the application processor, the required data speeds, the form factor, and the power dissipation. In recent years, PCIe, USB, SDIO as well as SPI and UART have become the widely accepted choices for Wi-Fi radio modules. The latter ones are often preferably used for IoT (Internet of Things) applications, because these do not require high data speeds (mostly not more than a few kbps) but provide low power dissipation and small form factor size.

SDIO is often preferred in industrial applications over USB because the interface is more reliable and stable at similar data rates.

PCIe Mini Card is by far the interface with the highest data rate and is therefore the preferred solution for the 802.11ac broadband standard, but also has the highest power dissipation rate and space requirements. Due to the PCIe Mini Card specifications, all modules are available with the same mechanical interface, which requires a 52-pin connector on the target hardware. Therefore, PCIe modules are mostly used in PC-based systems operating with Linux or Windows.

CODICO offers a wide range of Wi-Fi modules for each interface and each standard 802.11a/b/g/n/ac. Most of these modules support several antennas (MIMO: Multiple Input Multiple Output) to increase data rates or to allow for the use of the Rx- and Tx-Diversity technologies. While modules with USB, SDIO, SPI and UART are offered in MIMO 1x1 and 2x2 designs, the PCIe modules support multiple antenna systems up to a maximum of MIMO 4x4. For 802.11ac, CODICO even offers solutions with MU-MIMO 4x4 (MU:Multi User), a new technology that allows the simultaneous transmission of independent data streams to different clients. Many modules are CE, FCC, and IC certified and are available in commercial or industrial temperature ranges. 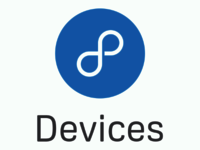 8DEVICES is specialized in SOM (System on a Module) and combo radio modules for Wi-Fi and Bluetooth that are all based on QUALCOMM chipsets. The company's extensive experience in hardware and software development allows it to offer high-quality and reliable modules. As QUALCOMM's Authorised Design Centre (ADC) partner, 8DEVICES also supports custom designs and offers customized software and hardware solutions to meet your specific requirements. 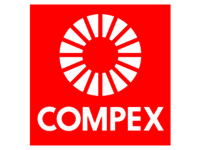 COMPEX has a long history of working with QUALCOMM and specializes exclusively in their Wi-Fi radio and SoC devices. COMPEX is therefore an official ADC (Authorized Design Center) of QUALCOMM and offers its customers innovative reference designs as well as support for hardware and software development. 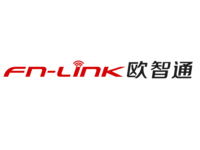 FN-Link is specialized in the development and production of "low cost" and "small footprint" WiFi and combo radio modules. The latter solutions support Bluetooth in addition to WiFi.

Compare Products
Compare
Clear All
You have no items to compare.

The abbreviation “Combo” is derived from the word “Combination”, and it indicates with respect to radio-modules the integration of two radios (Wi-Fi and Bluetooth) on a single module. As for many radio-modules, there is a wide range of types in the market with different interfaces, form factors, and supported standards. CODICO offers combo-radio-modules with PCIe, USB and SDIO interfaces in a very small form factor for the standards 802.11a/b/g/n/ac in combination with Bluetooth 4.2 + BLE.